Since its founding, the company has continuously broadened its focus through new subsidiaries by entrepreneurism and constant innovation, evolving into an industrially diversified group of companies as well as one of the fastest-growing Turkish industrial groups.

Since 2008, when YILDIRIM Group made its first international acquisition in Sweden, the company has grown to become a global force based in Istanbul, Turkey, with operations in 9 sectors in 51 countries on 4 continents. YILDIRIM Group of Companies employs 13,000 people around the globe. 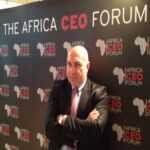